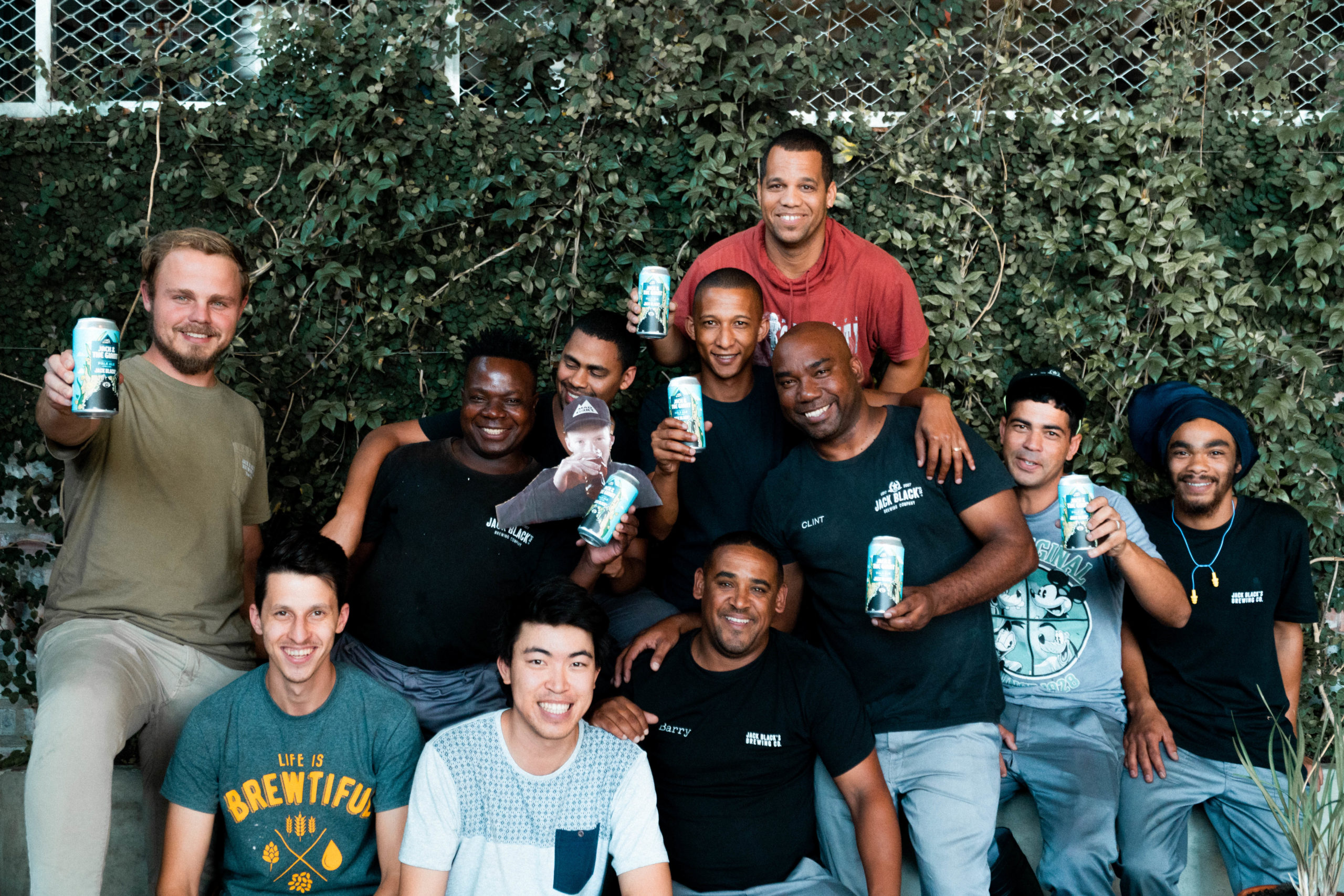 Jack & The Giant : A Collaboration of Spirit (part 2)

It’s been about 5 months since we released our first collab with our friends from Mad Giant. We got together with a common goal : protecting the environment one step at a time.

“Jack Black moved away from plastic packaging last year and replaced it with beautiful cardboard 4-pack and 6-packs. We also have an anti-plastic mindset and we thought this is such a good way to celebrate with a beer, and that’s where Jack and the Giant came along.” – Eben, Head Brewer at Mad Giant

Our first brew was loved by many – and it showed! We spoke to Eben about the madness down in Cape Town, and the same thing was happening up in Jozi. The stock sold out in a flash, and soon after the Brewmistress announced it as the best beer of 2019.

It was a no-brainer to do it again. The first batch was brewed up in Jozi, and this time, using the same recipe, we brewed it right here at Jack Black. They say that a recipe can taste totally different when cooked in a different kitchen – well, you’ll have to try it for yourselves to decide whether ‘they’ are spot on or smoking their socks!

A full day of brewing (and a bit of nonsense) ensued and the beer was ready to be canned – wait, did we say ‘canned’?!? Yebo! This time around our juicy New England styled beer is arriving in a can, because what better way to smash it than in something that chills fast, recycles easily, and keeps the flavours fresh for longer?

This beer’s double dry hopped with Mosaic, Yellow Sub and El Dorado. It’s unfiltered with a vibrant golden haze. It’s got upfront aromas of pineapple, papaya and citrus fruit. A full textured and juicy mouthfeel leads into a refreshing fruit bomb finish…you’ll smash more than one.

Cheers to many more collaborations of Craft Beer spirit!